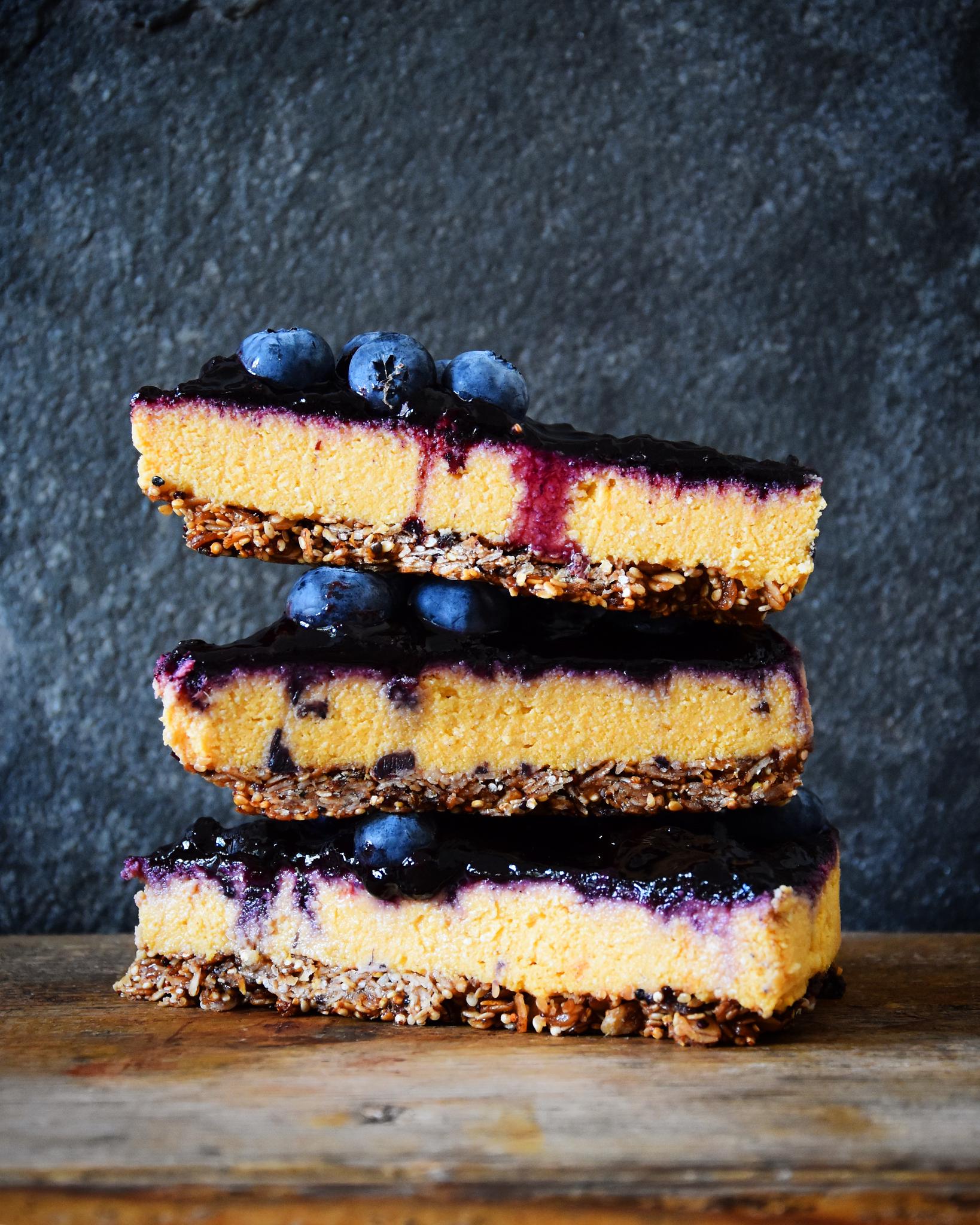 Posted at 13:13h in Uncategorized by Colette 0 Comments
0 Likes
Share

Method
Preheat oven at 180 degrees Celsius. In a small saucepan melt honey (for the crust), coconut oil, sunflower oil and cinnamon until thoroughly combined. Mix dry crust ingredients (oats, quinoa and sesame seeds) and add the honey mixture – make sure every oat is lightly covered.
Spread the mixture (in a single layer) on a baking sheet covered with baking parchment.
Bake until golden, about 30 minutes, stirring every 10 minutes.
Lightly grease (with coconut oil) a cake tin and put mixture in the tin. Spread evenly over the base and press down firmly with the back of a spoon. Leave to set and cool down for 30 minutes.
In the meanwhile add sweet potato flesh in a high-speed blender with tofu, flour, vanilla sugar, honey and baking powder. Blend on high until very creamy and smooth, scraping down sides as needed.
Pour filling over cooled crust and spread into an even layer. Bake in the oven at 120 degrees Celsius for approximately 30 to 45 minutes – until lightly brown. Let it cool, add a layer of jam and refrigerate for at least two hours. Top with fresh fruit.